Ireland may be a small island, but it has a big whiskey tradition. In fact, Ireland is the home of whiskey. It’s where whiskey distilling started and where whiskey got its name.
Irish whiskey continues to be the world’s fastest-growing and most exciting spirit. Irish whiskey isn’t a single brand or style. It is many unique characters, but one shared spirit.

We pride ourselves on being able to support the industry and share below some great insights and nuggets of knowledge about our one shared spirit!

Did you Know?
The first written reference to whiskey distillation came in the Red Book of Ossory, written in Ireland in 1324. This was nearly two centuries before the first written records of whisky distillation in Scotland, making Irish Whiskey the oldest whiskey tradition in the world. The Red Book of Ossory is believed to have been mainly written by Richard de Ledrede who served as Bishop of Ossory for 44 years from 1317 to about 1361. During this period, the Black Plague ravaged the historic city of Kilkenny, and it is believed that the bishop developed the distillation of whiskey as part of his medicinal and pastoral response to the crisis. The Red Book of Ossory includes a recipe for Aqua Vitae which is the Latin term for ‘water of life’. In the Irish language this is known as Uisce Beatha (pronounced “ishka ba-ha”) or Fuisce, which became anglicised as whiskey.

There are four distinct styles of Irish Whiskey:

There are five steps in making Irish whiskey:

Milling
The chosen grains are milled into a fine flour known as ‘grist’.
Mashing
The grist is mixed with water allowing the extraction of the fermentable sugars to create a sugary liquid known as ‘wort’.
Fermentation
Yeast is now added to the Wort, which consumes the fermentable sugars creating CO2 and alcohol. This results in a ‘wash’ (beer) of generally 8-10% abv.
Distillation
The wash is distilled in a copper pot still or column still where the alcohol is separated from water through a process of vaporisation. This process takes place either two or three times to create our distillate (‘new-make spirit’).
Maturation
The distillate is generally cut (diluted) to 63-64% ABV before being filled into wooden casks to mature for at least 3 years on the island of Ireland.

Brilliant blends
Most Irish whiskeys sold globally are blends and the Irish whiskey industry produces some of the world’s most sophisticated and complex blended whiskeys. Because we distil more types of whiskeys, matured in a variety of barrels; the permutations of the types of blends we can produce is endless.

The depth and diversity of the category mean there’s always a new Irish whiskey to taste, and there’s an increasing wealth of premium Irish whiskeys to savour and explore. Irish whiskey is there to be enjoyed.

Enjoy it straight or on-the-rocks, with a mixer or in a cocktail, not to mention Irish Coffee. Add Irish whiskey to the food fare and you have an unrivalled flavour-filled experience. 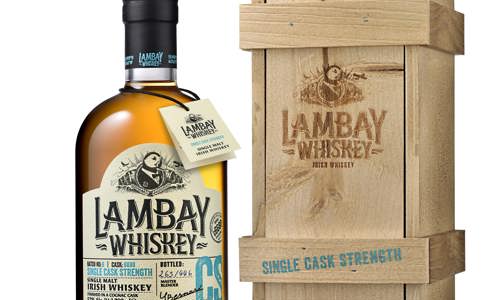 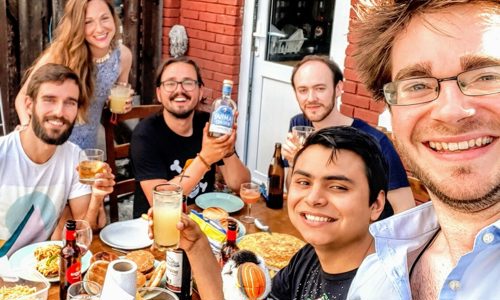 Discovering shared space, time and stories with loved ones.