The simple answer is, translated from French, it means brandy.

And as mentioned above, it is what is created from the double distillation of the wine but it is far less in quantity and much more concentrated than the original wine.

The eau-de-vie, at this moment, is completely clear, it has a fantastic aroma, reminding us of vineyards after the rain, a sharp taste, and alcohol content of about seventy percent. It is this eau-de-vie, the end product of distillation, that is put into wooden casks.

Cognac is made of white grapes that are grown in the clearly defined areas of the Cognac growing region, the AOC. The sour, acidic wine that eventually becomes Cognac, is typically obtained from three different types of white grapes.

In short, cognac is simply a variety of brandy that is named after a town in the Charente department of France. However, cognac is produced throughout much of the Nouvelle-Aquitaine region that surrounds it.

As you will learn in this guide on how cognac is made, its production follows a strictly regulated process as the brandy falls under a number of French appellations. Interestingly, the cognac-producing region is divided into several zones, which may each have their own appellations too.

As a brandy, cognac is made by distilling wine, which is then aged for a number of years in oak casks. All of the grapes are grown locally and some of the varieties may sometimes be used for making Bordeaux wine, too.

The wine used to make Cognac also needs to be acidic so that the chemical reactions work better. The lower the alcohol degree, the better the concentration of aromas. The wines dedicated to cognac production are relatively natural as the winemakers do not add anything superficial to the process, nothing to make them sweeter, more balanced, or protect them from bacteria. This is because it is prohibited in the laws for cognac production, the grapes must be totally clean and pure with no additives whatsoever. It would create an aroma one would notice in the eau-de-vie afterward as it becomes so concentrated.

Distillation takes place in traditionally shaped copper stills, also known as “Alambic Charentais” or  “alembic”, depending on the language. The Alambic Charentais consists of three elements: chaudiere (boiler), chapiteau (condenser) and chauffe-vin (wine-warmer). The third element is optional and is used, primarily, to save energy. The boiler can be heated by gas, coal, wood or oil, although the majority use gas today.

In most cases, the condenser is onion-shaped and it has a swan-necked pipe (col de cygne) that connects it with the boiler. The design and dimensions of the pot stills are legally controlled.

The wine-warmer is a device that does exactly what its name indicates: it pre-warms the wine as it moves from vat to boiler. The process of distilling cognac has two parts (thus the term “double distillation”). In the first, a raw eau-de-vie known as brouillis is produced. In the second, known as bonne chauffe, only the Coeur (heart) is saved and the resulting tete (head) and tail queue (tail) are either discarded or re-processed. This double distillation is a legal requirement and not the choice of the Cognac producer. The first distillation lasts about eight to ten hours, the second twelve to fourteen hours. The clear liquid, eau-de-vie, which is the end product of distillation, is piped directly into wooden casks. There are many regulations and laws specifying sizes, volumes and distillation processes. Although in 2011 the Cognac distilling laws were amended to allow smaller distillers to work under a less constraining regime.

So, the basic explanation for distillation is: you heat a liquid and it starts evaporating. If the vapors then get in contact with a cold surface, they condensate. In the end, it is the distiller’s art and science that makes one eau-de-vie different from another.

In France, the resulting distillates for making cognac are regarded as eau-de-vie and in some regions, eau-de-vie is enjoyed unaged. However, all cognac must be aged for at least two years in oak barrels.

Similarly, the barrels can only be made from French oak, which usually comes from the Limousin or Tronçais forests.

The aging process of cognac takes place in these oak barrels over many years. An important moment in the aging of cognac arrives sometime between five and eight years in the cask. The most noticeable results are in the aromas, in the flavor of vanilla that has become a fixture, and the color that has intensified, but the palate still needs more time in the cask.

It is during the next few years that the true character of cognac flourishes. The complexity of floral and fruity aromas develops, the color gets deeper and the taste becomes a real pleasure. When the cognac gets past its twenties, a noticeable change in taste becomes apparent as a result of the further breakdown of tannin, giving it a touch of natural sweetness.

There’s one major difference between these two types of oak and that’s that Limousin oak has much wider grains compared to its Tronçais cousin. This allows the liquid within to penetrate the oak further and consequently, the aging process happens more quickly. Of course, the word ‘quickly’ has to be taken into context, because when it comes to cognac, nothing happens fast. Another important point to note is that when a barrel is first made, it undergoes a process known as toasting or ‘bousinage’, a procedure that literally chars the wood. This can be carried out to a greater or lesser extent and is done to remove any harmful tannins in the wood.

The casks that are used for Lambay Irish Whiskey is the Master Cellar's secret but will always derive from French oak, with several years of rich aromatic intensity absorbed into the wood.

The casks are specially prepared to hold our delicate distillates cautious that the grape mixes with the grain in this case and that is an act of infinite balance to secure the signature taste in all our whiskeys. 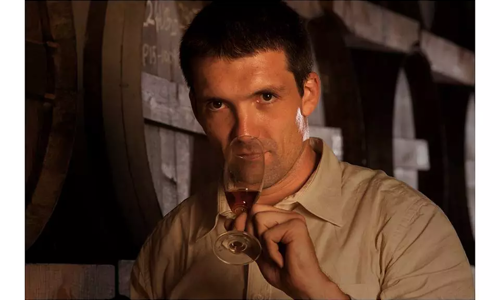 Meet the Maker – Blending and Maturation 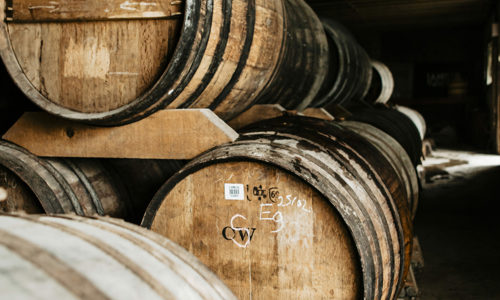 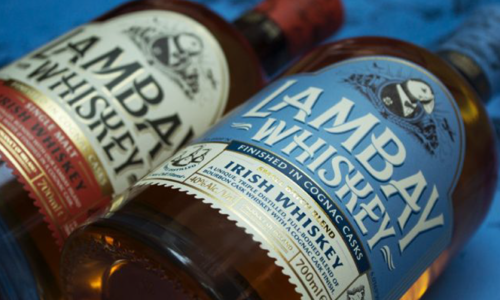 Where to Buy Lambay in International Online Stores